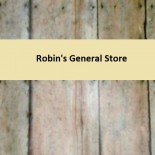 Things from the past, new & old!

On this date 220 years ago, the cornerstone for the US Capitol Building was laid.  Imagine the gathering there, with George Washington making the presentation.  The building itself would not be completed until a century later.  There were problems with architects and also problems with war.

During the War of 1812, the building was set on fire by the British.  If it had not been for a downpour of rain, it would have been totally lost.  A halt on the construction of the building was also caused by the Civil War, when it was used as a hospital and barracks for the Union troops.

Finally, the Capitol Building was completed.  Today it has 540 rooms, and boasts a land area of approximately 4 acres!

Where is this cornerstone today? Who knows? The cornerstone’s original location, I understand, has been lost.   But the building that stands above it has attracted millions of visitors each year.  I doubt that George Washington imagined that the piece of rock he laid would become the cornerstone of such an attraction 220 years in the future.

This entry was posted on September 18, 2013 by Robin's General Store in Uncategorized and tagged 1793, american history, george washington, history, september 18, us capitol.